< BACK TO CASE STUDIES

Delivered in 5 weeks, down from 10 weeks

WBHO Australia and Mooven provided tailored journey advice for motorist, spreading the impact across a range of detour routes.

With reduced impact on the community, WBHO could streamline and accelerate project delivery.

WBHO Infrastructure works with clients and partners to deliver exceptional project outcomes throughout Australia and globally. One such project was the Princess Freeway-Forsyth Road interchange, part of the Western Roads Upgrade initiative in Melbourne. This project required WBHO to widen an existing bridge over the Princess Freeway, and duplicate a bridge over a major metropolitan railway line.

No easy task. Especially with the added complexities of two freeway exit ramps, a busy metro train service, interface with a high-pressure pipeline, daily traffic volume exceeding 100,000 vehicles and densely populated suburbs to the north and south of the worksite. 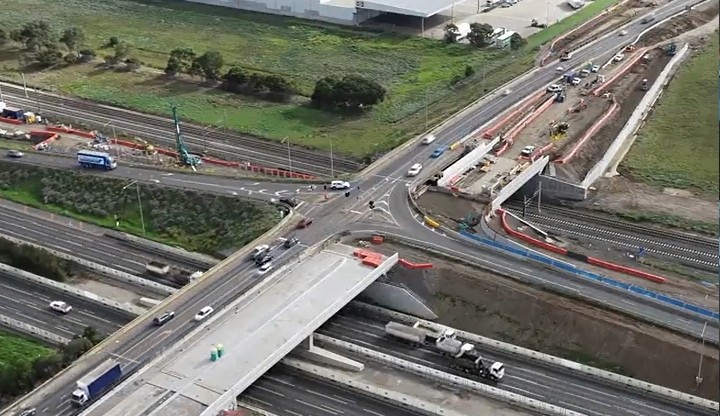 A job of this magnitude and location would require reducing traffic to just a single lane for 10 weeks. This generates a significant impact on customers' journeys, making excessive delays, and greatly reducing safety for workers on site. But being required to allow traffic through seemed a necessity based on current allowances.Just putting this on paper already anticipated an exhausting task laced with public complaints. So WBHO were determined to uncover an alternate option that would challenge the status quo, and streamline the project - all while producing a more favourable outcome for everyone.

All indicators pointed to one best option, instead of closing a single lane, they would close the full site and half the expected project to just 5 weeks. There was a large caveat for this to be successful - WBHO was required to demonstrate an effective and workable detour plan, that minimised disruption to customers and diverted them to the best route/s. All while communicating this in real time to road users.

With the volume of traffic they were dealing with, and the knowledge that moving that traffic to a detour would cause significant congestion, a solution was created where multiple detour routes were developed. The plan then was to dynamically direct traffic down different routes depending on the driver location and the actual conditions being seen on these detours - thereby limiting any excessive impact that may occur.

This required not only real-time route monitoring, but the ability to automatically direct customers down the quickest detour as conditions  changed throughout morning and evening peaks.

“From the first time we met with Mooven, it was a very easy process”

To help prove the effectiveness of the detour plan and ensure there were no issues in running the boards, Mooven set up 17 baseline routes. This would monitor the current site, potential detours, and the surrounding network.

With no monitoring hardware needed, this process costs a fraction of comparable, hardware-based solutions and allowed for a rapid launch and for WBHO to iterate and improve the design. All 17 routes were set up and being monitored within 2 hours of the order to proceed.

With a full route design in place and a VMS integration created through Mooven’s API, WBHO presented their case to Major Road Projects Victoria and were approved for a full site closure. With many team members having been already exposed to Mooven’s process and results, they were quick to understand and have confidence with the information presented. 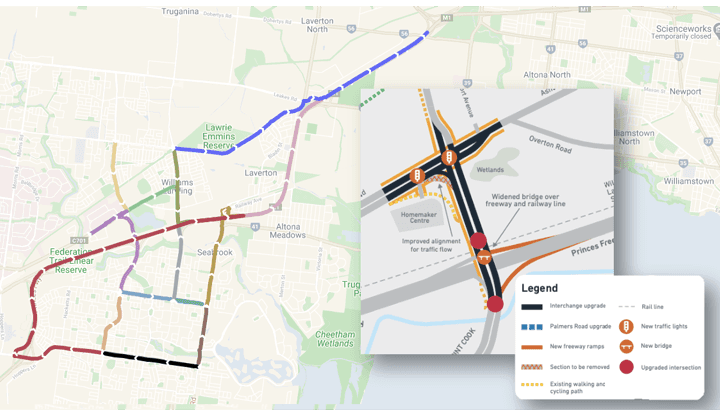 Once the 6 boards went live it was easy to see the positive impact on community and project.  Four boards displayed dynamic detour messages and two displayed total trip times.

“We didn’t receive any complaints for the duration of the work. Drivers quickly adapted and used the alternate roads” said Burkhardt.

With a full site closure, drivers informed, and the power to continuously monitor for any further disruption of incidents on the network, WBHO swiftly executed their work.

A great result for WBHO, and also for the local community which gained the use of an improved road network in a significantly reduced time-frame.

As the project continued, having visibility over the network in real-time proved invaluable as they worked on the ground. While shared access gave great transparency and accountability. There was also an added level of comfort provided from the automatic alert system.

Bringing in Mooven afforded WBHO many capabilities previously unavailable. Through a unified central platform the company can monitor all of its roads and ensure the smooth execution of a road plan.

“Being able to close the ramp greatly improved the outcome of the project.Without Mooven this would have been very difficult to get across the line. We couldn’t be happier with the execution of the project."