< BACK TO CASE STUDIES

Downer has been using Mooven for three years across multiple sites in New Zealand. Playing a key role in creating cities of the future, Downer has been innovating to achieve real productivity gains, cost efficiencies and zero community complaints.

Delivering transport infrastructure in Auckland and creating space to thrive

Auckland is currently home to just over one-third of New Zealand’s population, and while its population growth slowed with the impact of COVID-19 and international travel restrictions, the city is expected to account for half of the country’s population growth in the next 30 years.In fact, the decade ahead will see Auckland welcome an average extra 60 people per day. The network responsible for enabling workers to get to their jobs, maintain industry supply chains, and support community livelihoods will require strategic management and maintenance to handle the increased load.Downers role in making Auckland thrive

Downer New Zealand has a long history of delivering transport infrastructure projects in Auckland, and as the city expands, the company’s role in creating space for Auckland to continuously thrive will be more important. Because ultimately, creating cities of the future shouldn’t disrupt the movement of our cities today. According to Oliver Fradley, Downer’s Auckland Maintenance Manager, working in harmony with cities, most of which are becoming increasingly complex and congested, demands real-time knowledge and the ability to make changes according to actual conditions.‾‾‾‾‾‾‾‾‾‾‾‾‾‾‾‾‾‾‾‾‾“Maintenance contracts usually run for several years, so making decisions based on past conditions isn’t sufficient for planning, and future conditions are often unpredictable. Real-time context drives efficiency and allows us to deliver better daily outcomes to the communities we serve.”‾‾‾‾‾‾‾‾‾‾‾‾‾‾‾‾‾‾‾‾‾Downer has been using Mooven’s technology platform for three years running, and with access to a rich understanding of traffic conditions and variables such as noise, the real-time visibility allows Downer to tailor activity on site, drive efficiency gains, and lower community disruption. 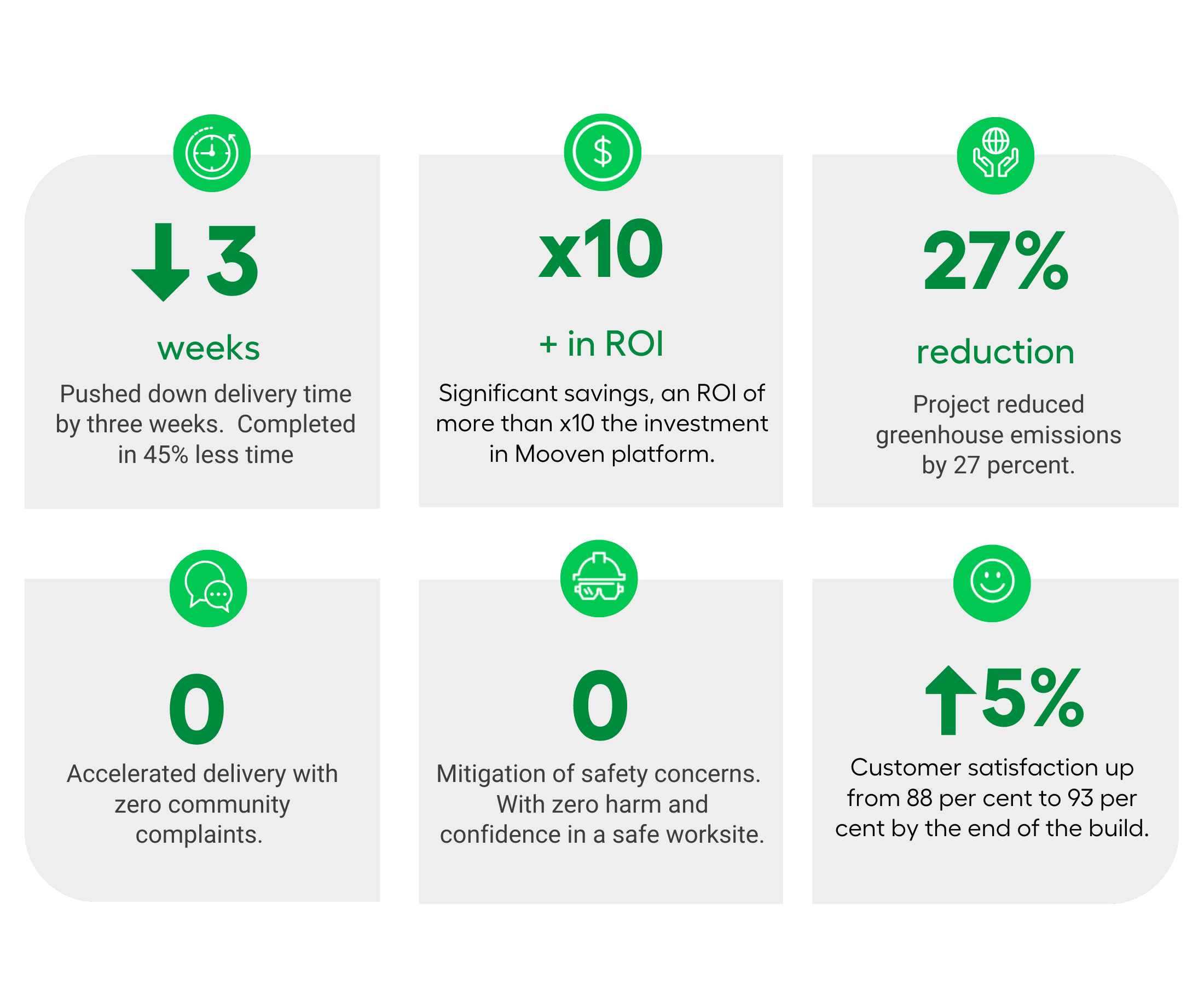 In Auckland’s Southwest Urban area, Downer was contracted to rehabilitate Settlement Road – a heavy haulage route, critical to New Zealand’s supply chain corridor.With the improvement of sub-soil drainage, new kerbs, footpaths and vehicle crossings to be delivered, along with major carriageway reconstruction works, the project was not only extensive in terms of outcomes, it was located on a challenging road with a high traffic count, local businesses activity, and heavy haulage.

When the NZ Heavy Haulage Association stepped in and voiced travel time and safety concerns, Downer mitigated these issues by leveraging real-time traffic data to accurately and rapidly illustrate the impact of delays across the transport network throughout construction.

The insight also enabled Fradley and his team to complete road closures, which reduced the impact to the network and pushed down delivery time by three weeks.

There were zero community complaints made throughout the build, and Downer saved significantly on traffic management, returning a considerable ROI more than ten times the investment with Mooven. 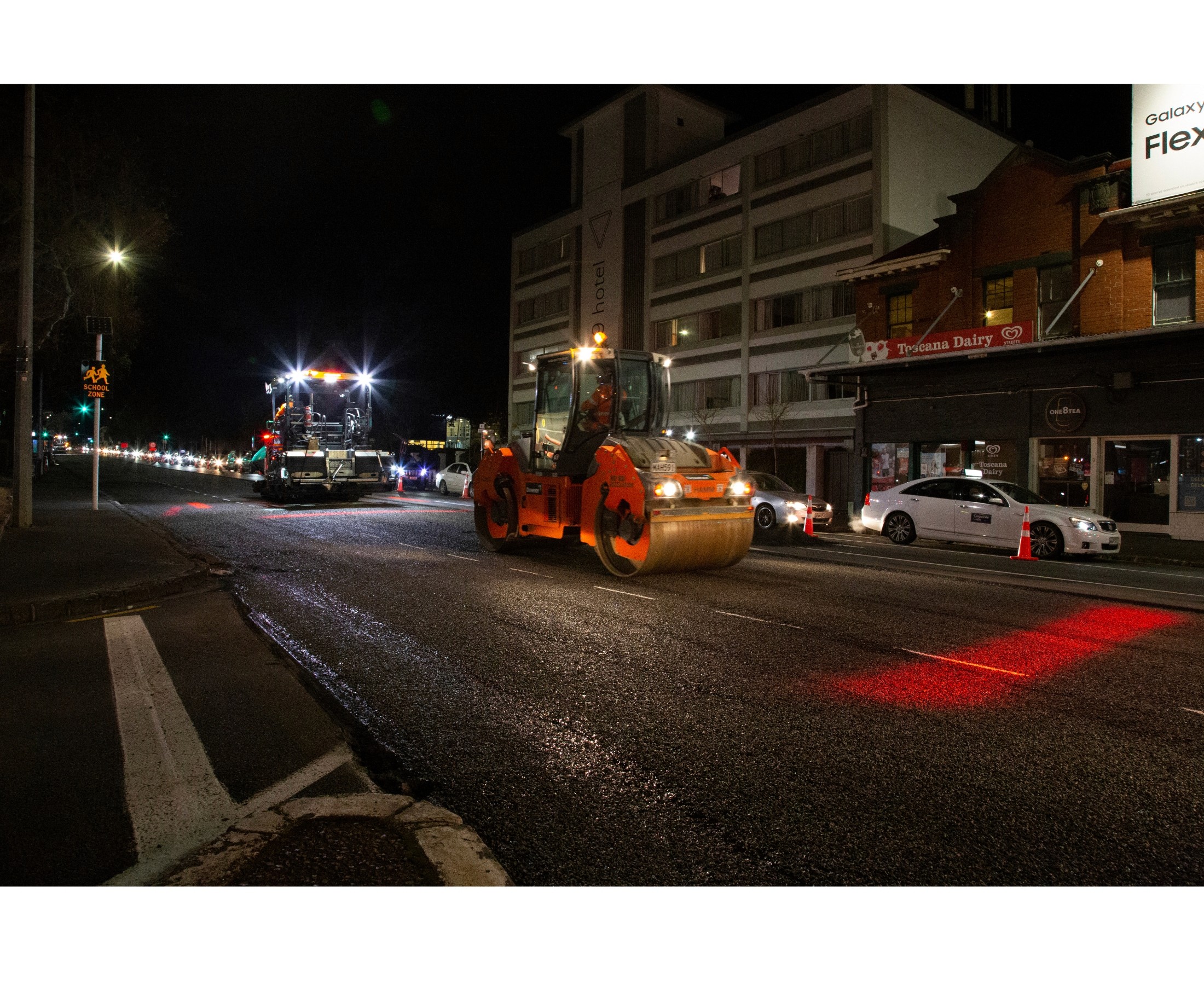 Meanwhile, located just off State Highway One – the busiest road in New Zealand – Auckland’s Mahia Road was another complex maintenance project Downer successfully managed.With an industrial precinct at one end and residential at the other, the road’s traffic count was already high.Expected to take 15 days – effectively three weeks of potential impact on businesses and families – Fradley and his team were able to chop the delivery time of the project by almost three-fold, completing it in just six days.“For too long the industry has experienced productivity loss due to the perception of traditional rush hours. We often expect dual peaks in our cities, but this isn’t always the case,” said Fradley.‾‾‾‾‾‾‾‾‾‾‾‾‾‾‾‾‾‾‾‾‾“With access to traffic flow data, we were able to prove there was only an afternoon peak on Mahia Road, which granted permission to push our working windows out and start work earlier.”‾‾‾‾‾‾‾‾‾‾‾‾‾‾‾‾‾‾‾‾‾Downer is continuing to challenge the perception of rush hours, and working with Mooven, changing operational methodologies to align with modern traffic flows. The benefit lies with reducing the number of shifts it takes for the same volume of work to be delivered.

"Working in harmony with cities, most of which are becoming increasingly complex and congested, demands real-time knowledge and the ability to make changes according to actual conditions" 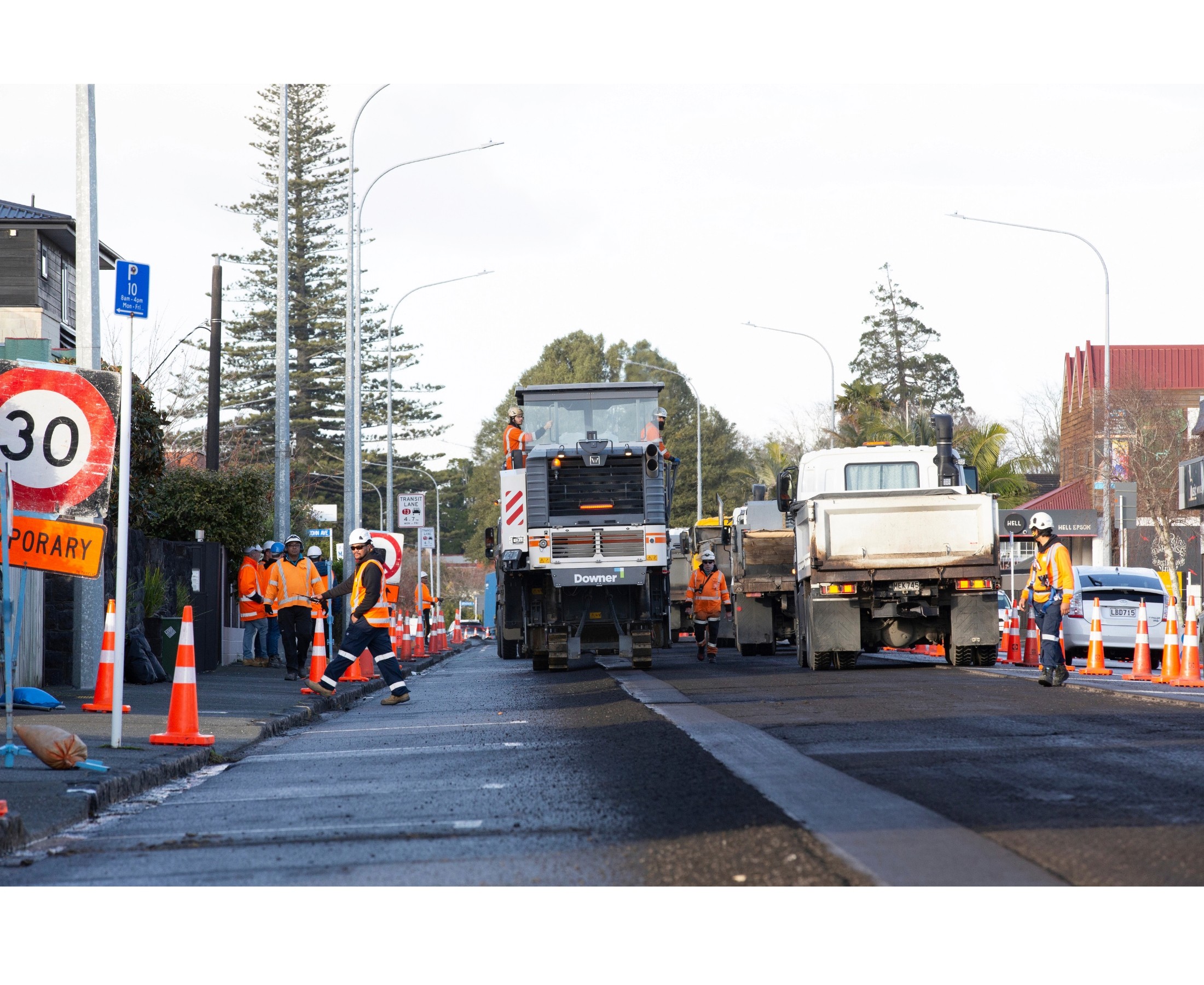 In Central Auckland, the Manukau Road build was expected to take 20 shifts over a five-week period, predominantly scheduled overnight – a risk for noise complaints and shutdowns by local authorities.With schools, churches and businesses lining the road, there were several stakeholders including transport whose buy-in would be critical to the success of the build. Mooven stepped in to help Downer develop a comprehensive plan and ensure it would be backed by data-driven decisions.With real-time traffic insight, Fradley and his team identified smarter working windows, which significantly reduced the delivery time down to four days and two nights.Completed in 45 per cent less time – two big shifts over the July school holiday period – local businesses and transport services were pleased, with customer satisfaction up from 88 per cent to 93 per cent by the end of the build.The efficiency improvements also extended benefits to the environment – while there wasn’t any less asphalt used, the longer working windows allowed Downer to do more with less and promote sustainability through better resource allocation.Because trucks weren’t needed to run for as many days as originally expected, the Manukau Road project reduced greenhouse emissions by 27 per cent.In other benefits, Downer minimised weak spots on the road by reducing the number of paving joints by 64 per cent, which lessens the risk of resurfacing and promotes longevity.Micah Gabriels, CEO at Mooven said by considering perception versus reality, infrastructure projects can live up to intent, avoiding impact on the community, and making the most of finite resources.‾‾‾‾‾‾‾‾‾‾‾‾‾‾‾‾‾‾‾‾‾“Downer time and time again demonstrates how it’s taking serious responsibility of Auckland’s people by looking at the whole impact and using that granular insight to shape maintenance methodologies, ensuring projects fit with the needs of today’s and tomorrow’s cities. This is true stewardship” - Micah Gabriels, CEO Mooven.

A great result for Downer and also for the local community.

Bringing in Mooven allowed Downer to confidently make decisions based on data and key insights - resulting in a broad range of successful project outcomes.  These included the reduction of delivery time by three weeks, mitigating safety concerns and making significant savings on traffic management - with an ROI of more than ten times their investment in the Mooven platform. 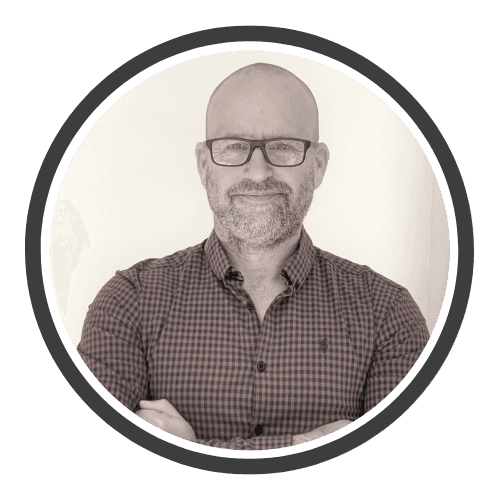 “Fewer shifts means time is saved on set-up and breakdown of equipment; more uninterrupted time means fewer breaks in the laying of the asphalt, resulting in a longer lasting surface; the jobs are more predictable meaning less stress on the stakeholders and particularly the crew, which ultimately means a safer work environment; and having the timing right means less impact on commuters, fewer angry drivers, and again, less stress on the crews.”Oliver Fradley Maintenance Manager, Downer